You are here: Home / Genealogy / Family History Writing Challenge, Day 9: Back in the USSR 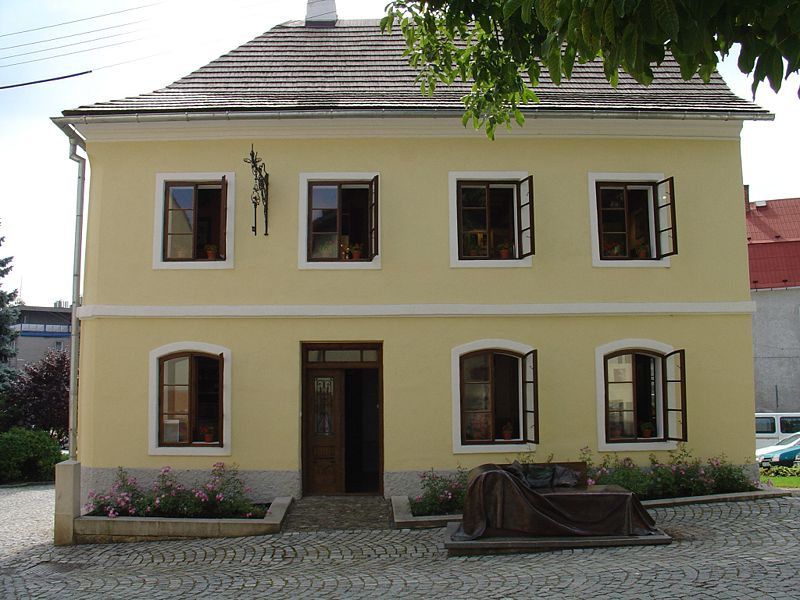 It’s hard to believe that, after spending eight days with him, I’m ending my journey with Ezriel. At least for now. There are many questions still to be answered, including the one I posed yesterday — i.e., how Ezriel met his wife, Ernestyna.

Another thing I’d like to know: Why did Ezriel decide to transfer from the Jagiellonian University  in Krakow to the University of Vienna when he was almost finished with his studies? Jagiellonian sounds like a pretty impressive school, one of the oldest in Europe. Was there someone Ezriel wanted to study with in Vienna — I’m thinking of a person with the initials S.F. — or a specialty he was interested in? There’s no evidence that Ezriel was keen on learning about psychoanalysis or that he was anything but a general practitioner. But it’s fun to contemplate.

I don’t know much more about Ezriel and Ernestyna’s life in Jaslo than what I outlined yesterday. And I don’t want to get into what happened to most of the Jews of Jaslo; it’s too sad.  (If you want, you can read about it here.)

Happily, Ezriel and Ernestyna were spared that fate. From the History of the Jews of Jaslo:

[Ezriel] escaped to Russia with his family prior to the German arrival. He survived the war years in Russia and returned to Poland following WWII where he settled in Wroclaw and began to practice. He suddenly died of a heart attack while still very active. His wife and only son left Poland and reached Israel three years ago. The son finished in Israel medical school and works at Hadassah Hospital in Jerusalem. [Note: The history was published in 1953, so “three years ago” would have been around 1950].

We learn too that “[Mrs. Kornmehl] was also very active in Russia on behalf of the Jewish refugees of Poland and helped in every possible way.”

Here is some documentation that confirms Ezriel and Ernestyna were in the USSR: 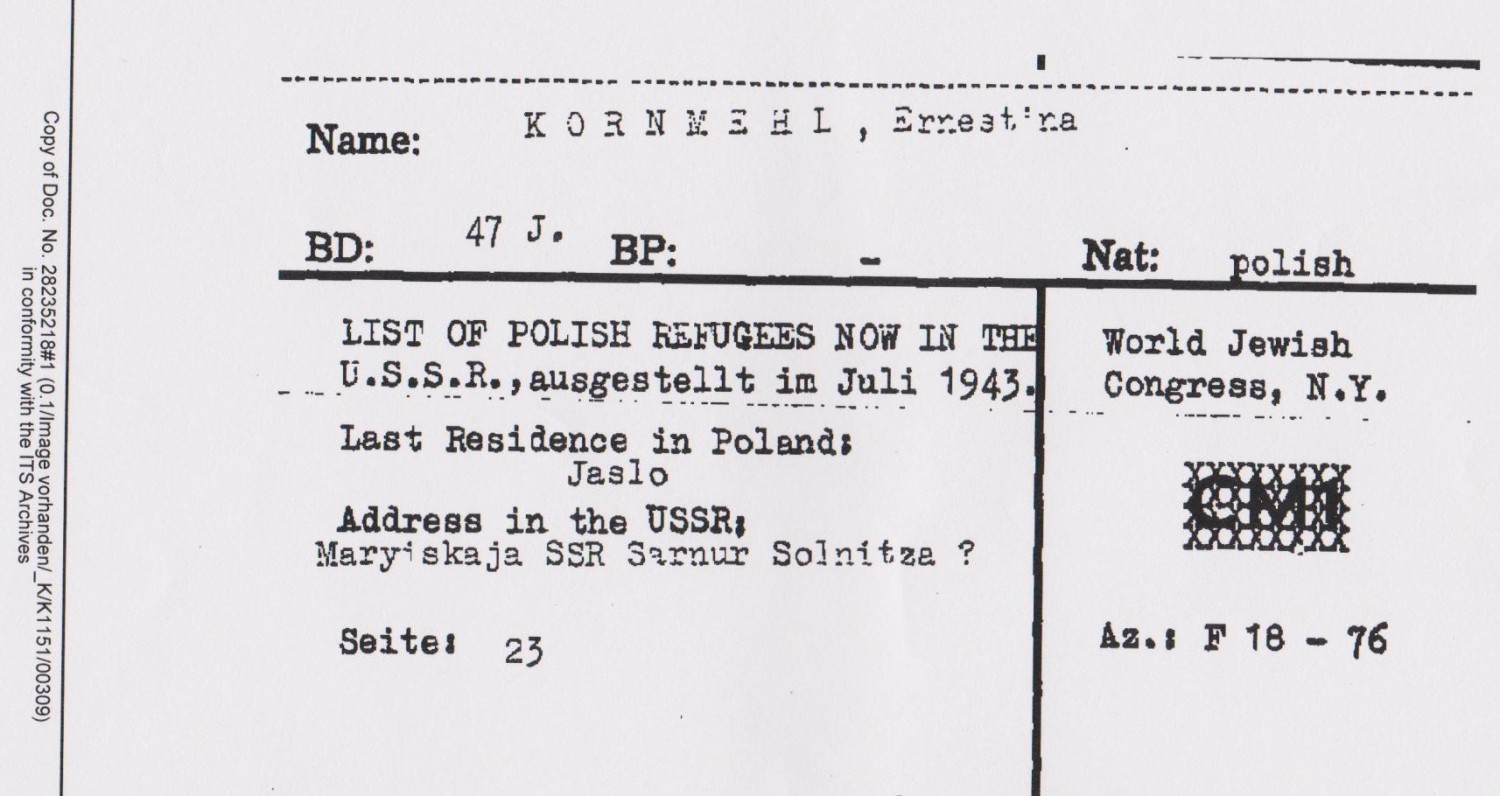 It’s ironic that a man who joined the army to fight against the USSR should end up having to escape there, don’t you think?

The other questions, which will have to go unanswered for the present, include:

Since the history of Jaslo’s Jews says that the son “finished medical school in Israel and works at Hadassah Hospital” — i.e., he worked there in 1950 — Jill Leibman Kornmehl wrote to the hospital to try to find a record of the so-far-unidentified son under the names Kornmehl and Karpf — Ernestyna’s maiden name — and variations on them. She had no success.

But the quest continues. I’m going to go on an Israeli radio show dedicated to finding lost family members — in the middle of the night. My slot hasn’t been scheduled yet but it will be soon, at which point I’ll provide more details.