This blog had its genesis in my discovery that the butcher shop of Siegmund Kornmehl, my great uncle on my mother’s side, had been turned into an art gallery in Vienna’s Sigmund Freud Museum. “View from the Outside,” an art exhibition by Josef Kosuth at the Sigmund Freud Museum, Vienna

I’d known about the Freud connection, vaguely, since I was young. I also knew that my mother had several uncles who were butchers, not just Siegmund Kornmehl. But I had no historical context for those disparate bits of information. Or, to be precise, the historical context I’d always focused on was narrow and extremely unpleasant: The annexation of Austria by the Nazis in 1938 and the consequent dispersion of the family. Many of the eight Kornmehl siblings and their spouses, including my grandparents, met their ends in death camps.

My father also escaped the Holocaust from Vienna and had a similarly fraught history. It was a family tradition to avoid discussing the past.

But suddenly I had a new, more pleasant perspective on my family history — and lots of questions. What was life like for middle-class Jews in fin-de-siècle Vienna, and, specifically, for the family of Freud’s butcher? I’d only thought about the shadow of anti-Semitism that hung over the era.  Now I wanted to know what, exactly, was being overshadowed.

I discovered that my questions fell, roughly, into three main categories: How could I find out more about my relatives (Genealogy)? What was the nature of the Freud connection (Psychology)? What was it like to be a kosher butcher during this period (Meat)?

Come along with me on this journey, and we’ll see what we can find together.

2018 update: I wrote this original description in May 2012, more than five years ago. It’s been a long strange trip, with many discoveries — including the fact that the butcher shop in the Freud Museum was not the kosher one — many digressions, and many overlaps on the three main topics. For example, my most popular post proved to be one about a type of deli meat called rolled beef — which in turn was inspired by the death of a relative I didn’t know I had, Nathan Kornmehl, a butcher in upstate New York.

The journey has been interrupted but, several visits to Vienna later, it continues with new insights. Stay tuned… 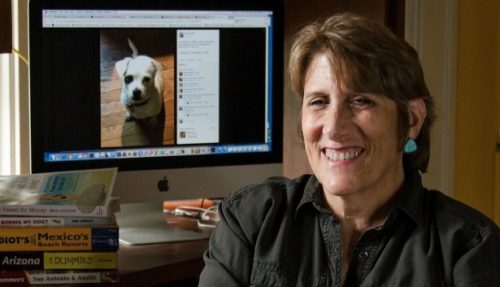 New York-centrism notwithstanding, I often left the five boroughs for far-flung places, including, on my honeymoon, Afghanistan, Iran, and the Soviet Union. It was not terribly romantic, but this trip and others like it proved an asset in several subsequent jobs: editor for Fodor’s and Frommer’s travel publishers in New York and Rough Guides in London.

In the 1990s, I moved to Tucson, Arizona, where I’m now a freelance writer and editor. I authored three travel guides, one dog guide,  a memoir, and hundreds of food and travel articles that have appeared in a wide range of publications, including National Geographic Traveler, The New York Times Book Review, Sunset, Travel + Leisure, and The Wall Street Journal.