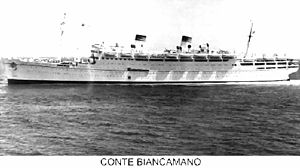 I ended my last post about Martin Kornmehl’s family with the promise that the continuation of their story will be happier. I’m afraid that I can’t entirely keep it. The narrative led me to a chapter in World War II history that surprised me — and not in a good way.

Come to think of it, how often do you hear people say, “The more I dug into the past, the more pleasantly surprised I was”?

Still, with the caveat that there’s a serious roadblock along the way, this post celebrates the perseverance of the human spirit.

Note: Sylvia, the granddaughter of Lilly Kornmehl Bratspies (who was my mother’s first cousin, though I never recall hearing her name), is the source of all the following information, which she gleaned from family documents and from her own recollections of her parents’ recollections. The pokings of the bear that is World War II history are all my own.

The Bratspies Family heads for Singapore

Herbert was born into a very comfortable middle-class Jewish family in Vienna and, an only child, was the apple of their eye.  His father, Gustav, who served in the Austrian-Hungarian army in World War I, was a practising architect, constructing buildings and working on railways around Europe, while his mother, Lily, was at home looking after Herbert.  Their maid, Martha, helped look after the household. His grandmother Flora and Lily’s sister Emmy often came to visit.  Herbert enjoyed a carefree childhood in Vienna, attending school and spending holidays in the beautiful Austrian Alps skiing and hiking.

Life was to take a drastic change with the unification of Austria and Germany in 1938. Many people fled Austria; others were not so lucky. All of the Bratspies family’s property and money was seized by the German government, but because Herbert’s father fought in the World War I they were given one week to leave Austria.  His grandmother, Flora Kornmehl, did not wish to leave, perhaps because of ill health or age. This decision was to cost her life.  The Germans left her alone until 1942 when she sent to Auschwitz.

The family left Austria with only a trunk full of belongings. Their fares were paid by American charity benefactors.  They arrived in Singapore in April 1939 on the SS Conte Biancamano. Gustav was able to find work with the J (SIT) after a chance meeting with someone he knew who was boarding the boat to meet a friend in Singapore.  Life settled down for Herbert and his family and they met and spent time with Singapore society. Herbert was affectionately called ‘Little Mr Big Boss’ by the Chinese workers who worked for the SIT.

After a year in Singapore, the family had to reapply for temporary residence status. Unfortunately, the war between Germany and England had begun, and Singapore was a British colony. The Austrian refugees were declared ‘enemy aliens’ and deported to Australia. Herbert’s family left Singapore on the Queen Mary on 17th Sept 1940.

A Digression for Historical Questions

Several things in this story baffle me. What inspired the family to go to Singapore? According to a history of the Jews of Singapore, there were only 1000 Jews in this small British colony in 1939, and most of them were Sephardi, from Iran; thus they would not have been Kornmehl relatives. Many Jews — including Lilly’s sister Emmy; more on that later — went to Shanghai, because a visa was not required. Could Gustav have secured his job at the housing trust — and thus a visa — in advance? That doesn’t seem likely either, given the need for speed in leaving Austria.

I’m also confused about why and how they were on the Italian ship SS Conte Biancamano. Did they depart from Naples? Were they, as deposed Austrian/Germans, able to go on an Italian ship because Italy was not at war with Germany — or despite that fact? The Wikipedia entry I linked to says nothing about the ship going to China, though it mentions that it carried mountaineers to the Himalayas in 1939. Lest I get more sidetracked than usual, I will leave you with this information I found about the Italo-Sino connection.

As for leaving Singapore on the Queen Mary — confirmed by the Australian documents — that’s even more baffling. According to Wikipedia:

Queen Mary sailed on her maiden voyage on 27 May 1936…With the outbreak of World War II, she was converted into a troopship and ferried Allied soldiers for the duration of the war.

All explanations from those who know more about the history of the period are welcome.

There is more than enough verification for the second part of the story, deportation to Australia.

According to the National Archives of Australia:

I’m not sure where exactly the Bratspies family was sent at first, just they disembarked in Sydney. The possibilities in New South Wales include Liverpool, Orange, Cowra and Hay, according to the National Archives. In 1942, they ended up in internment camp called Tatura in rural Victoria.

Again, from the National Archives:

The Bratspies were sent to Camp No. 3, according to their documents,  and it is described as following:

Camp No. 3 was used exclusively for family groups, both Italians and Germans from Iran, Australia, Palestine and the Straits Settlements (now Singapore and Malaysia). There were also some Jewish families as well as single women accommodated there. The internees had workshops for carpentry and handicrafts as well as vegetable gardens. The children attended the camp school taught by German teachers. Camp No. 3 was made up of four sections, each enclosed in a barbed wire fence. The internees lived in huts which were very hot in summer. The facilities for washing were adequate, however, and hot water was available in all three washrooms.

According to Gustav’s intake form — — see Lilly’s “Report on Detained Refugee,” above — Gustav was 5’8″ and weighed 11 stone, or 154 pounds. The family arrived with 65 £ (5 Singapore dollars) and 15 trunks of household effects and clothing. They must have prospered in Singapore, having left Vienna with only one trunk.

Herbert’s intake records indicate that he was 5’9″ and weighed 9 stone, 126 pounds (quite underweight, when you think that his mother, who was 5’4″, also weighed 9 stone, which itself is slim); had a “sallow” complexion; and had a scar behind his right ear.

According to Sylvia’s eulogy for her father:

Herbert decided to join the Australian Army so he was released for duty on 28th January 1942.  Being an ‘enemy alien’ meant he was not allowed to  serve any active duty overseas.  Much of his ‘active service’ was spent doing hard manual labour hauling goods until after the end of the war when he was released from duty on 30 Aug 1946.

Lilly found the heat unbearable in Tatura and had a stroke while interned there, a recollection confirmed by a record of a hospital stay.

All in all, the experience exerted a great deal of stress on the family.

Lilly and Gustav were never the same after the war. They moved to Melbourne, where they lived together, but almost separately. Although Gustav was an architect and engineer, it must have been hard for him to find work. He spent a lot of time smoking and playing cards with friends in the evenings.

Lilly found finishing work in a relative’s clothing factory, and Gustav was employed by the post office, in some sort of designing capacity.  Gustav died in 1948.

At one point the family changed their name to Brink, but Herbert kept the Bratspies surname.

Lilly’s sister Emmy (b. 1899)  was married to Franz Joseph (Ferry) Fellner (b. 1897). As I noted earlier, the couple escaped to Shanghai and opened a cafe where they served Viennese cakes to the Japanese during the war.

This is fascinating. Emmy’s mother, Flora, didn’t get out of Austria and her father Martin died before the war, but her uncle Rudolph and aunt Molly Kornmehl and their two children, Paula and Grete, ended up in Shanghai too — where they ran a Viennese cafe. This story was told in great detail in the book by Rudolph’s grandaughter, Gigi Michaels, No Place Called Home. As the picture on the left shows, the families were close in Vienna; they surely knew each other and helped each others’ businesses in Shanghai.

I don’t know where Emmy spent the war after she and Ferry left China. I do know, however, that she ended up on her own in Australia, while Rudolph and Molly’s family went back to Vienna briefly and then to Canada and finally the U.S.

Gustav died in Melbourne in August 1948 and Emmy arrived there in May 1949. Coincidence? I think not. Emmy and Ferry never had children and they split up, and the war wasn’t kind to Gustav and Lilly’s marriage. Moving in together would have been a perfect arrangement. They lived together in St. Kilda East, a Jewish section of Melbourne, for a time with Herbert and his new wife, Joyce, as I’ll discuss in my next post.

Sylvia has very fond memories of visiting her grandmother and great aunt. She recalls that “Lilly worked in the rag trade for relatives — a cousin? — for years.” She also remembers:

Lilly was always very patient and would do anything for me and Graham [Sylvia’s brother]. She taught us to play cards, including bridge, and sat for hours making clothes for my Barbie dolls. Emmy was a very good cook and she used to make cakes for her family members whenever they visited — strudel, crescent biscuits, kugelhopf and sachertorte — well into her 80s. She was a lovely old lady. She learned English and became a milliner. She was always making hats for my mother, and for my dolls as well.