You are here: Home / Genealogy / The Return of Martin Kornmehl 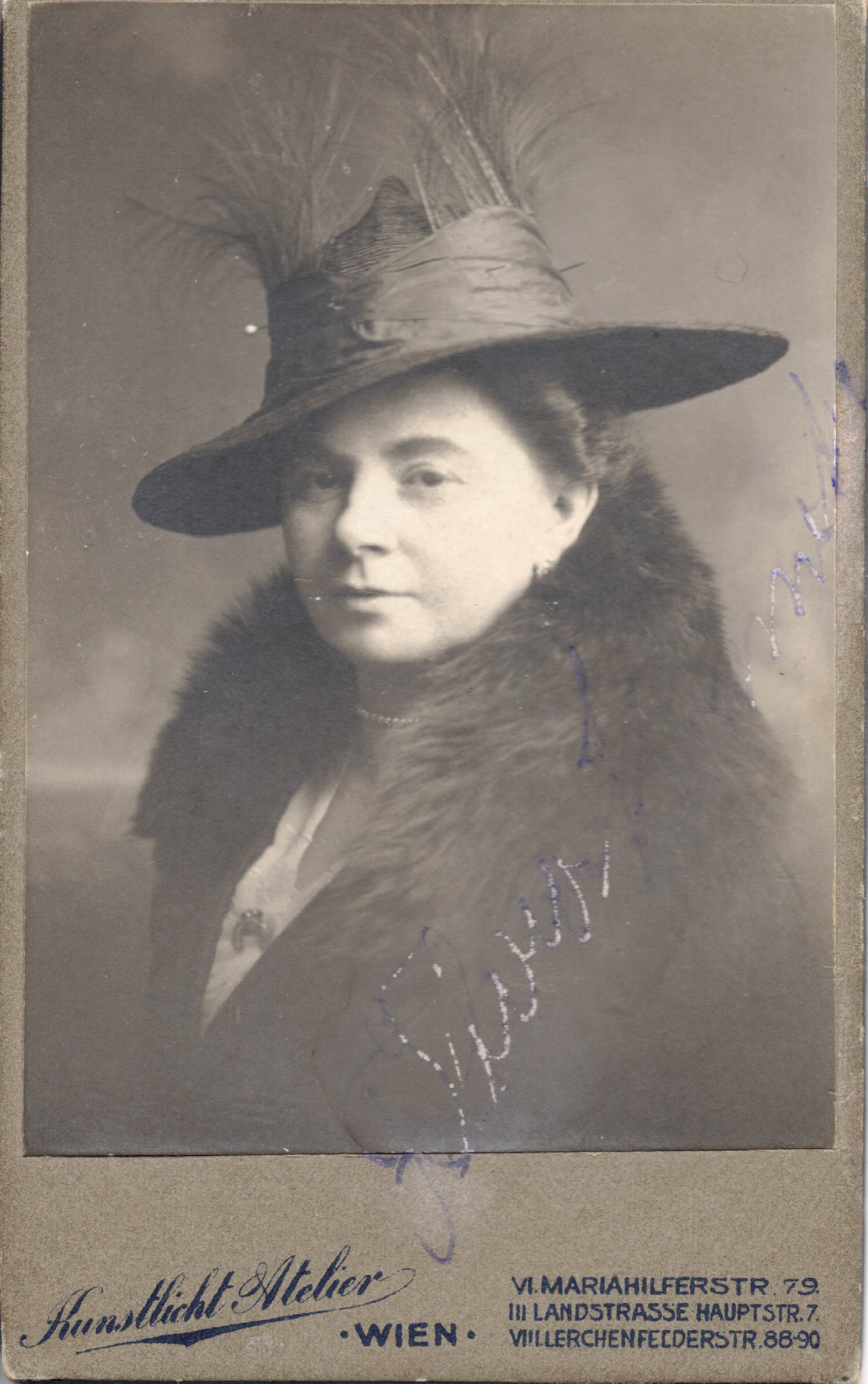 It’s hard to believe a year has passed since last February,  when I took the Family History Writing Challenge. It was a terrific focusing tool and I highly recommended it — though I’m going to have to pass this go round.

That said, I have stories of two close family members, a great uncle and a great aunt, that I have yet to tell. It would be wrong to give them short shrift — especially since I have some terrific pictures. So here’s to family history in February!

All the male siblings in my maternal grandmother’s family of eight brothers and sisters were butchers, as were their parents — yes, probably even my great grandmother. You can read more about them and some of their later butcher kin here.

The first brother, Siegmund, gave the blog its name: He had a very famous customer, Sigmund Freud (well, actually Freud’s wife, the former Martha Bernays, did the purchasing), and his shop shared an address with Freud, 19 Berggasse, for some 46 years.

The second brother, Rudolph, didn’t have any famous customers — as far as I know — but he was assured his place in the family history by something even better: A granddaughter, Gigi Michaels, who wrote a book about the family, No Place Called Home.  Here’s a far shorter piece I wrote about him and his profession: Rudolph Kornmehl: 3 Butcher Shops & the End of a Jewish Era in Vienna.

But it took a while to track down the third brother, Martin — or, rather, any of his living descendants. Perseverance and the kindness of a stranger, now an e-friend, paid off. Thank you, Frankie Blei!

Turns out, when it came to carrying on the family business, no one topped Martin and his progeny. Then again, neither Siegmund nor Rudolph had sons. We’ll never know whether they would have succumbed to the pressure to carry on the Kornmehls’ meaty trade.

Martin Kornmehl was born in 1870 in Vienna. He died there before the war, in 1935, presumably of natural causes — as in, not a death camp. His wife, Flora Neumann (born 1872; I’m not sure where) was not so lucky. She died in Auschwitz in 1944. She is pictured next to the title of this post, wearing a very stylish hat. Martin, in the previous section, looks a bit stern as he does in the picture on the header of this blog, where he is to the right of the circled Siegmund.

Lilly, who was born as Alice — an interesting name for a Viennese girl, no? — married Gustav Bratspies (born 1895 in Vienna) in September 1922.

They had a son, Herbert Heinz Bratspies, on May 16, 1923.  The family left for Singapore in 1939.  I’ll tell you more about their story in the next post. Hint: They all survived.

George’s story is sadder. George went into the family butcher business and married Clara Annie Fischer (born 1899 in Budapest) in 1934.

George left Vienna for Palestine on March 14, 1939 via Marseille and arrived in Tel Aviv, where he was arrested and held in the Sarafand Garrison on August 22, 1939. I haven’t found much information on this camp, which seems to have been established after World War I, following the League of Nations’ grant of a Palestinian mandate. Thousands of European Jewish refugees coming via ship into Palestine were detained here by the British.

The sad result of this arrest was that George was unable to send for his family as he’d planned. His wife, Clara, and their son, Peter, died in Auschwitz in 1944.

George apparently stayed in Palestine, where he lived — at least for a time — in Ramat Chen, a neighborhood of Ramat Gan, a city just east of Tel Aviv. He died 1985 without having remarried.

Emmy married Franz Joseph (Ferry) Fellner (born 1897) in 1923 in Vienna. She and her husband later separated and never had any children. Her story is part of the next post too.

Like his father and his brother George, Hans went into the family butcher business. He married Valerie Johanna (Wally) Oberndorfer, who was born Roman-Catholic in Vienna in 1904. She converted to Judaism in 1929, and was married in the Jewish faith to Hans in 1932.

A son, Bruno Oberndorfer-Kornmehl, is noted on a family tree as having been born in 1925, four years before Hans and Valerie had a Jewish wedding; it is unknown whether he was Valerie’s by a previous marriage, or whether he was the product of an earlier civil marriage between Valerie and Hans.

Valerie converted back to Catholicism on April 14, 1938, which probably saved her life. Hans is listed as arriving in Buchenwald concentration camp in February, 1945. There is no information on him or on his son, Bruno, after the war. Update: See Redheads, Resistors, and Red Light Districts I: Valerie Oberndorfer Kornmehl and Survival in Vienna: My Badass Cousin Bruno.

So much sadness. The next installment in the story of Martin Kornmehl’s family will be happier, I promise.