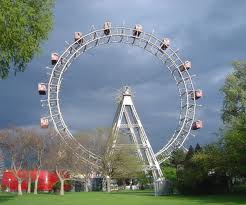 Today I’m turning Freud’s Butcher over to a guest blogger. You’ll soon see why. I was amazed at the serendipity when I realized I knew the author of a biography of the latest psychologist to turn up in the life of a Kornmehl family member. 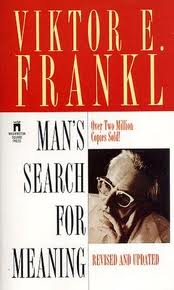 “The more exciting part is that I may have discovered a link between Viktor Kornmehl and another, more famous, Viktor along the way.” This teaser appeared in Edie’s post entitled Viktor Kornmehl and Sigmund Freud’s High School. That other Viktor was Viktor Frankl, who in 1946 published Man’s Search for Meaning, his inspirational account of surviving four concentration camps. Frankl graduated from the school that he referred to as Sperlgymnasium (after its location on Kleine Sperlgasse in the mostly Jewish quarter of Leopoldstadt) in 1924. Viktor Kornmehl graduated from the same school in 1926. Because the school was small, it is very likely that they knew each other.

In high school, Frankl was both a scholar and a prankster. One day he reported on Galvanic Skin Response, then a new discovery that is the basis for lie detection. Suspense mounted as Frankl attached galvanometer contacts to a classmate who had innocently volunteered for his demonstration. A projector would display the meter on the wall. Slyly, Frankl said the name of his classmate’s girlfriend. The galvanometer needle jumped, and the class burst into laughter. Frankl never named his friend. Could some classes have consisted of mixed grade-levels, as is often the case in small schools? Could Viktor Kornmehl have been in that classroom? Could he even have been the object of Frankl’s good-natured experiment? If he wasn’t in the class, maybe he heard about the other Viktor’s prank at lunchtime.

Practical joking aside, Viktor Frankl was also pondering the meaning of life in those years. When a science teacher suggested that life was “nothing more than a combustion process, a process of oxidation,” Frankl leapt to his feet and cried, “ Sir, if this is so, then what can be the meaning of life?” His life’s work would eventually be the creation, promotion and practice of logotherapy, healing through finding one’s purpose. Frankl admired his school’s most famous alumnus, Sigmund Freud, and at 15, unintimidated by Freud’s fame, the boy began writing him letters and sending articles he thought Freud would find interesting. Each time he sent something, Freud replied by postcard. When he was 17, Frankl sent Freud an essay he had written in the famous Prater Park [the park’s best known feature, the Riesenrad, is pictured next to the title of this post]. Imagine his surprise when Freud asked if he could publish the article in his International Journal of Psychoanalysis. It appeared in 1924, when Frankl was 19.

Viktor Frankl and Freud met once, by chance, when Viktor was a university student. At first he was unsure that the man was Freud; he was so small. Nevertheless, he introduced himself, and Freud said, “Wait, wait!” and proceeded to rattle off Frankl’s address, which he knew by heart from writing all those postcards.

There is also a somber connection to the school that Sigmund Freud, Viktor Kornmehl and Viktor Frankl attended. Under Nazi occupation, Sperlgymnasium was used as a processing center for deportation. It was where Frankl, his elderly parents and his bride of a few months reported in September 1942, en route to the Theresienstadt Concentration Camp.

BIO: Anna Redsand is the author of Viktor Frankl: A Life Worth Living, which has has won four awards. Her articles, essays, stories, reviews and poems have appeared in Third Coast, Friends Journal, Fireweed, Rockhurst Review and the Gallup Independent. She lives and writes in Albuquerque, New Mexico.

This is Day 20 of the Family History Writing Challenge. Is turning the challenge over to another writer cheating? I think not. Expert sources are key to the family history writing process.