What’s Freud Got to Do With It? An Earlier Look at My Family History

In this home stretch of the family history writing challenge, I’ve been thinking about a time when I dipped my toes into the dark sea of my parents’ past–and then retreated.

It was the late 1970s. I was working on a doctorate at NYU and seeing a therapist, Mildred,* for anxiety and mild depression. I didn’t feel like I was getting a lot out of those sessions, but I slogged along, semi-convinced that a breakthrough would arrive any moment. 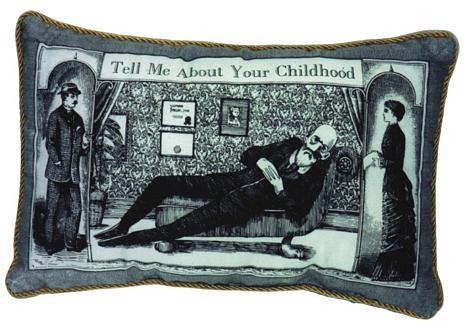 From the Museum Company. It has a wind-up music box that plays the song “Memories.” Oy.

It did, but from an unexpected source: An article in the New York Times about how survivors of the Holocaust passed their traumas on to the next generation.

I could practically hear the “ding, ding, ding” of recognition as I read the piece.

My mother’s overprotectiveness, the sense I got from her that I should keep a low profile, lest “they” find me. My father’s month-long silences, a way of punishing his children for minor infractions. Their secretiveness.

Today, it’s widely accepted that past events have an effect not only on those who experience them, but also on their children; indeed, recent studies have shown that the trauma of the Holocaust is passed down through the genes.  At the time, strange as it seems, this notion came as a revelation to me.

I rushed into Mildred’s office the day of my next appointment, energized, excited. She was excited too—and not just by how the details of the Times piece fit my situation. By coincidence, the article’s author, Sally, had ties to a therapist colleague of Mildred’s. She thought Mildred would be a perfect fit to run a therapy group for second generation survivors.

Mildred agreed, and naturally asked me to join.

I hesitated. I’d always been allergic to group therapy; I figured that if I was paying good money, I wanted the undivided attention of a professional. Why should I sit around listening to a bunch of fellow neurotics and take what they said about me seriously? But these were peers who would understand my particular problems, a heretofore unrecognized cohort whose acquaintance I was eager to make. What did I have to lose?

Some of Our Group Get Pseudonymously Famous

A bit of self-confidence, as it transpired.

The experience was intense.

I’m not suggesting that our group members were more messed up than those of other therapy groups; I have no real basis for comparison. But we were a bunch of young, hyper-articulate Jews. We were also aware that anything we said might end up in a book by Sally, the author of the Times article that inspired the group–and who also joined it.

Sally wasn’t exactly a cuckoo in the nest; she was a second generation survivor and shared some of her own family stories. But she was playing a dual role of journalist, which doubtless changed the group dynamic. I imagine we were competing to be interesting, to show who’d suffered most. We’d agreed to her presence in advance and signed release forms, but several of us had buyer’s remorse when the book finally came out.

Count me among the remorseful.

My problem was not with what Sally included in her book, but what she left out: Anything related to my parents. Yes, there was a group member whose family had been on the S.S. St. Louis, the ship of Jewish refugees that was turned back from Cuba, and another who had joined up to fight in Vietnam because he didn’t want to be a victim like his grandparents who had died in Auschwitz. Objectively, their stories made better copy.

But they were not nearly as riveting to me as the story of my own family.

Don’t Get Mad, Write Your Own Damn Story 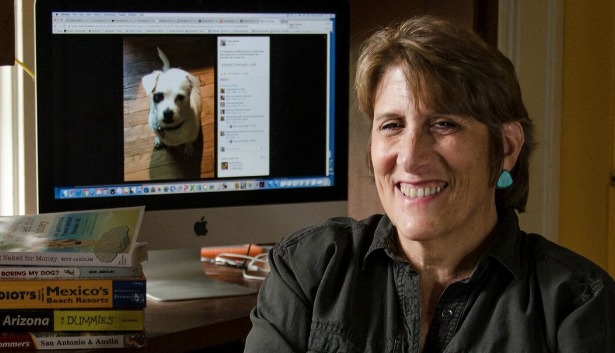 Author’s photo, after writing her own damned book(s)

So what did I do in response? I sulked, marinating in feelings of failure and righteous anger. Not only did I feel erased at the time, but I was convinced that I had failed my parents. I hadn’t made them interesting enough to earn them a speaking role in Sally’s Holocaust drama.

I was furious with Sally for using our group for her own ends–and wildly envious of her success. I too wanted to be a writer. I just didn’t have the chutzpah to do anything about it. Until much later.

My father was no longer alive by the time I joined the group, and I didn’t tell my mother that I was in therapy when I was going to individual sessions with Mildred; I didn’t want her to worry about me or get upset because I was “sharing family secrets with an outsider.” But when I joined the group, I wanted to get my mother to talk more about her past, and so confessed the source of my interest to her. Her response? “Oh, so now you’re going to blame all your problems on me?”

In fact, the group had the opposite effect. Recognizing the hardships my parents had survived, I felt far more sympathy for them than I ever had before. I absolved them of their many perceived sins towards me; in the end, they had done their best.

I may have come away from the group feeling like an ineffective story teller, but I also left a better daughter.