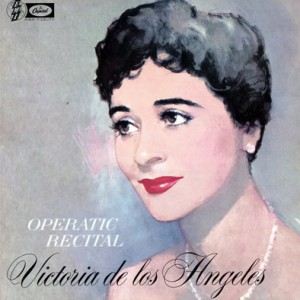 I am a glass half empty type of person. This is not good when you write a personal blog because you don’t want to continually bum people out. Especially during the holiday season.

On the other hand, I know I’m not the only one who finds other people’s perkiness deeply depressing.

I bring this up because when I tried to write the second part of the story I posted earlier this week, about the genealogical search being conducted by successful composer, pastry chef and belly dancer Christine Berl, I found myself wracked with feelings of envy and unworthiness.

No, I’m ashamed to admit that there’s a part of me that believes that if I had more accomplished parents — parents like Christine had — I would have been able to accomplish far more in my life far earlier.

I have parent envy.

But I’ll get back to that. Let me start by sharing Christine’s story, in her own words, so you know what I’m going on about. The story picks up where Christine reconnects with her old friend Susan Husserl-Kapit, who finds proof in the papers of her mother, who had died recently, that that they are cousins — just as Susan’s mother had asserted more than 50 years earlier. At the same time [as I reconnected with Susan] I was reading a fascinating book on the Wiener Werkstãtte, a group of Viennese artists that included architect Josef Hoffman and the painter Gustav Klimt. As I was reading the architecture section I came upon a reference to the Sigmund Berl Villa in Bruntal in the  Czech Republic.  I went quickly on the internet and found a short announcement by a Peter Skyr, a Czech architect, requesting that all members of the Berl family whose origins were in Bohemia contact him.  The site was very old and I never got an answer.  But I pursued the question of the Berl villa through the Jewish Museum in Prague.  They put me in touch with a committee that was working on turning the villa into a museum, either for the handicapped or a Holocaust museum.  They mentioned of course that all the inhabitants of the villa had died in the Holocaust.

I have not found many of the links I am looking for up to now….  I cannot find the name on any of these documents of my father’s father Julius, who was the director of the Vienna postal system, although the Jewish Welcome Service Vienna has been very helpful and even found out that my father had a sister Julia which my father certainly never mentioned to us. 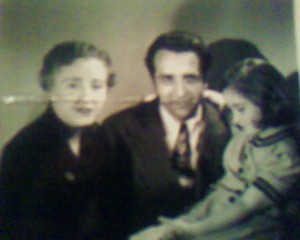 Christine and her parents, 1950

My father, Paul Berl, attended the University of Vienna in philosophy and simultaneously the Vienna Academy of Music where he was a composition student of the eminent Viennese composer Franz Schmidt.  In the later 20’s he was the conductor of a major orchestra in Silesia which terminated in 1933 when the Nazis came to power.  His last performance was conducted with a large poster of Hitler over the podium.  He returned to Vienna and played concerts with my mother, a violinist as well as a pastry chef.

Exactly one day after the Anschluss on March 15 1938 he took the last train out of Vienna for Pilsen and watched from Czechoslovakia as the Nazis closed the Austrian border.  He left Pilsen shortly after and came to New York via Paris.

He was best known as the accompanist for Victoria de Los Angeles for more than 22 years.

My mother was also strange in her multi-talents.  Her primary gift was as a concert violinist.  Coming from a poor background in Czechoslovakia she started late, while a teenage babysitter in Hungary and imitating a gypsy violinist who practiced near by.  She then managed to study on scholarship in Vienna with some of the greatest violin teachers, such as Gottfried Feist.  I personally read the reviews of her concerts with my father in the Viennese papers and they were all raves, strange in a city of snobbery such as Vienna.

After immigrating to New York she gave up playing because her life was too hard, but she had excelled in other things as well in Vienna.  The pastry of course, for which she was renowned and with it another art, that of couture  She actually made some of the clothes of my father’s early singers whom he accompanied, like the legendary German soprano Erna Berger (I can still see her trying on the clothes in my room as a child).  After their rehearsal with him they would come to HER.  She never made anything for Victoria de Los Angeles that I know of, as Victoria went directly to Dior in Paris.

Back to My Angst

So here we have it. Between them, Christine’s parents encapsulated Viennese success in music and pastry baking, even couture. My father — whose name was also Paul, as it happens — was a dental technician, not even a dentist. My mother was a mere seamstress, not a couturiere. And she was not a good cook.

Wherein I Stop Whining and Verbally Slap Myself Upside My Head

Then I realized I have let emotion cloud my reading comprehension skills. Christine’s mother was an audodidact — which means she is self taught. I throw around words like autodidact because I have a Ph.D. in literature, which some might consider an accomplishment.

Paul Berl’s father was the head of the post office. That’s a big deal but has not much to do with music.

My parents always encouraged my educational goals but those goals existed because I loved reading and learning about the arts to begin with. So I just spent the last few hours reading about art and music and doing something that I aspired to do since childhood: Write.

I can’t change my personality and gloomy outlook, but I can occasionally shift my perspective. And if I can you can too.

That’s about as close as I’m going to get to perky. Happy solstice!