You are here: Home / Genealogy / This American Life (in Vienna): Parallel Playlists & Professions 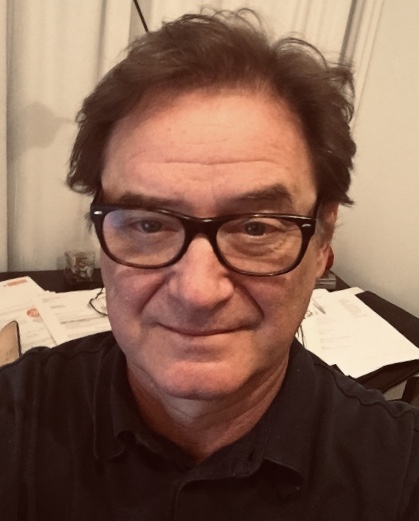 Since I started  exploring my family stories on the pages of this blog, I’ve often wondered what my life would have been like had my parents not been forced to leave Vienna.

There are many variables I’m ignoring here, of course. My mother liked to say that my father fell in love with her because “she sounded like home” when they met in Brighton Beach in 1939, in a class to learn English. In Vienna? Who knows. Paul Jarolim was 10 years older than Rita Rosenbaum and was an extrovert to my mother’s introvert.  I doubt that they ran in the same social circles — or that my mother ran in any social circles at all.

My family might have gone abroad for other reasons than flight — say, job opportunities.

But let’s assume I had a large extended Kornmehl-Jarolim family and led a middle class Jewish life, not wealthy, not religious, but encouraged to pursue a liberal arts education rather than a trade like my seamstress mother pursued.

Recently, in corresponding with Andreas Oberndorfer, pictured next to the title of this post, it struck me that he has provided me with a bit of a window into my hypothetical Austrian existence.  Andreas and I are both Baby Boomers and — assuming I pursued the same interests in Vienna as I did growing up in New York — would have had overlapping professional as well as family interests.

I’ve already discussed the family connections in my last two posts, Redheads, Resistors, and Red Light Districts: Valerie Oberndorfer-Kornmehl and Survival in Vienna: My Badass Cousin Bruno; I’ll get to the professional alignments in a bit.

An Assortment of Singles

One of the reasons Andreas was so taken with his uncle Bruno Kornmehl was the gift of music he got from him — five singles for Christmas when he was 12 or 13 years old.

With one exception, I knew all five recording artists, as follows:

I never heard of “Romeo and Julia” and I wasn’t aware that Peggy March recorded songs in German, but I certainly knew of the Tyler Swift (except for the subsequent mega success part) of the 1960s: “Little” Peggy March had #1 hit in 1963 at age 15 with “I Will Follow Him.”  I never really gave much thought to what happened to her, but my recent research revealed that her first manager stole all her money. The former Margaret Annemarie Battavio subsequently married her non-larcenous second manager, moved to Germany, and had many hits over the next 35 years, mostly in German.

But many people became familiar with Peggy March’s greatest U.S. hit when it was featured in ‘Sister Act 1’ in 1992 — and took on a religious tone, as the “him” who is being followed  is Jesus. I nevertheless prefer this swinging nuns version over the original:

I thought “Sister Act” was a guilty pleasure of my distant past, but just discovered that a play of the same name — with Whoopi Goldberg reprising her role as crime-witness-turned-fake-nun — was scheduled to open in London in the summer of 2020 but was postponed until 2021.

2. “Something from a very sexy, but awful singer from Norway,” as Andreas put it: Wencke Myrhe

This is the only one I never heard of, and I can’t find any of her music to share. No loss, I gather.

Bruno had no real influence on my musical interests. Two of the records were “Schlager” [“umbrella term for shallow pop music genres in German speaking Europe and adjacent areas,” according to the Urban Dictionary]… I adopted the last three (in a way), but later went on to listen to Steppenwolf, Led Zeppelin, Cream and other bad boys. What Uncle Bruno did for me: He showed me the wide range of popular music of the time…. I was raised with classical music and always was very particular in musical matters.

Where We Part Musical Company

And here’s where our musical childhoods diverge — and I see what might have been.

In Vienna, my father was a clapper in the opera; that is, he and his pals — including some of those pictured above — stood in the back of the Wiener Staatsoper and clapped enthusiastically for the cast in return for free admission. This was not an “elite” thing to do; opera and other types of music now dubbed classical were part of popular culture.

Things were different when my parents came to America. It wasn’t just that live performances — and records — were expensive and we didn’t have much money. It was that the music my parents loved was part of the culture they left behind. And couldn’t bear to contemplate.

Like the German language, which they refused to teach me or even use in front of me, the music of Vienna was part of a past they wanted to forget.

I had the impression my mother loved classical music too, but I think it was my father who suffered the most from its absence in our lives.  When I was maybe 11 or 12, my parents took me to the Met to see Rigolleto. I had no aesthetic context for a large man singing at the top of his lungs in a foreign language. I was bored.  My parents were disappointed and never tried to steer my tastes in that direction again.

Of course I could have pursued those musical interests on my own. But I stuck with the typical Baby Boom pursuits — rock and roll. Especially the bad boys (I’m team Rolling Stones rather than the Beatles).

When Andreas discovered the family ties between us, he first tried to contact me via the Freud’s Butcher contact page. I don’t know why, but I never got his message.

Luckily, he was persistent, and tried again through LinkedIn. Where he is listed as a “Verleger, Autor bei selbstständig”: Publisher, self-employed author.

Hmmm. I worked in publishing and am a self-employed author.

But the overlap is even more specific.

Among his other positions, Andreas was editor-in-chief of Reisemagazin — literally, Travel Magazine. Here’s an interview with him when first took over the publication. Sadly, Andreas was wrong about his prediction that print was not dead. His magazine met the fate of other high-quality glossies like National Geographic Traveler — to which I contributed several stories.

Not coincidentally — because what good travel journalist doesn’t explore the local cuisine? — Andreas also has food publishing credentials. He was the editor-in-chief of the “Vienna As It Eats” and “Austria a La Carte” guides, as detailed in the author’s bio of his Christmas cookie book. I was the editor of the Gault Millau culinary guides at Prentice Hall in New York, wrote the Tucson copy for the Zagat guides, and write about food for a variety of publications.

Or at least I did until recently.

And Still a Bit More…

Andreas has a degree in philosophy from the University of Vienna, I have one in English lit from New York University. (I was going to put “useless” in front of “degree,” but let’s just say “degree that isn’t directly remunerative.”)

Naturally, we both were in psychotherapy. Maybe Andreas’s sessions were more strictly Freudian?

I think it’s clear that we would have been friends, if not colleagues —  as we are now, long distance and belatedly.  I look forward to dining with Andreas at all the good restaurants he knows the next time I am in Vienna. We’ll have a lot of catching up to do.