You are here: Home / Genealogy / Return to Vienna: Must the Past Be Prologue? 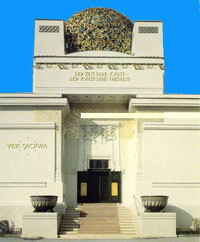 I’m going to Vienna in June. After writing about the city of my parents’ birth for the past two years, I’m finally taking the plunge.

I’m looking forward to the trip. I’m also dreading it.

I was there only once before, in the early 1970s, at the request of my parents. While I was planning a trip to Europe with a college friend, Andrea, they asked me to visit the relatives who had returned after the war: My father’s brother, my mother’s aunt and her first cousin

I didn’t know any of these people. Not only had I never met them, but my parents rarely spoke about them, about anything in the past, at length. Nor was Austria at the top of the list of places I wanted to visit. Still, Switzerland was on our itinerary and Vienna was an easy enough detour. My parents didn’t ask much of me–and they were probably lending me money for the trip.

Still, I was reluctant. My trip abroad was meant to be carefree. Andrea and I were looking for adventure, for boys–well, at least I was. Andrea left a boyfriend behind in Brooklyn and kept dragging me to phone centers where we waited on line, sometimes for more than an hour, to get a long-distance call through to the U.S. (I realize that no one under 50 will have a clue to what I am talking about.)

I’d absorbed my parents’ ambivalence about the city. Sometimes my mother and father waxed rhapsodic about Vienna’s charms. More often, they were bitter about being forced to leave without their families, whose ultimate fate they couldn’t bear to contemplate.

And I didn’t. The other countries we visited that summer, France and Italy and Switzerland, had been welcoming to a couple of enthusiastic–and, yes, attractive–young women. Austria didn’t exactly put out the red carpet.

My father had insisted that I make a good impression, which meant not turning up at his brother’s house in my usual jeans and tee shirt, so Andrea and I had mini-dresses rolled up in our backpack. But when we went into a bathroom in the main Vienna train station to change, the matron started yelling at us. For a long time. What did she want? For us to pay to use the facilities? We didn’t see a dish with coins and she didn’t make any gestures to that effect. Maybe she was just enjoying an anti-American tirade.  I’ll never know because I didn’t–still don’t–speak German, which I’d been discouraged by my parents from learning. Being screamed at in those gruff, guttural tones didn’t inspire any future language lessons.

Meeting my uncle Fritz–my closest living relative outside my immediate family–was the highlight of the visit. He was intriguing: He spoke English with a British accent, because he had spent some time in London after the war, which he escaped by joining the French Foreign Legion.  But his wife, Kitty, was very stern looking, very Catholic, and spoke only German. A huge picture of the Madonna and child stared at me from over the bed that Andrea and I had to share, smothered together under one of those huge down comforters for which the cold Germanic countries are famed, though this was summer. Talk about claustrophobic.

I had the feeling that Kitty didn’t like me very much, which wouldn’t have been surprising. I gather that my father stopped speaking to his brother for many years because he married a shiksa. At least that was ostensible cause of their rift. My father was probably furious at Fritz’s–really, his own–inability to save their mother, sister, and third brother from being killed. I don’t think he ever recovered from that guilt.

My mother’s aunt Mitzi and her first cousin Stella didn’t speak English either but, unlike Kitty, they seemed to like me. I remember their apartment, which–I now know–they only managed to get back after the war with great difficulty, as dark and depressing. I also recall they tried to tell me something about Freud living down the road. I wasn’t especially interested.

At one point–as pictured above–the entire family got together, with Fritz translating for all of us. The conversation wasn’t very lively. Afterwards, Fritz told me that my mother’s relatives were boring. Nice.

I recall little more about the visit except that we hit the top tourist sights, including the over-opulent Schönbrunn Palace and the Spanish Riding School, where it made me nervous to see the Lipizanner stallions ridden by uniformed men commanding them in German.  I was eager to get back to the entertainment portion of the trip as I perceived it–more drinking, more boys.

Since I started blogging about my Viennese past, my attitude towards the city has become more complex, but no less conflicted. I’d planned to focus only on the living, but the Anschluss casts a long shadow on them, no matter what filters I try to put on. Fleshing out the lives of many family members also makes what happened to them more horrific. I have verification of many dubious (to me) things my mother said, such as that the Austrians were worse anti-semites than the Germans. Right now, I’m poring through a pile of papers that show how swiftly the Austrians stripped my family of their property and their money: The vast bureaucratic machine that put those policies into effect was established within six months.

But by immersing myself in my family’s past, I’ve also learned about their milieu, the city’s culture. My mother was too young to have experienced Vienna in its pre-World War I glory but my grandparents weren’t, which gives me a nice point of reference. And, since I was there last, I’ve also developed my own tastes.

I know, for example, that I have no interest in opera or Mozart’s waltzes (so sue me) or grand ornate architecture. But I’m a fan of Klimpt and Jugendstil (Austrian Art Nouveau), the style of the Secession building next to the title. I’m also fascinated by Freud, and not only because he shared an address with my great uncle for half a century.

And I’ve become a foodie. As long as I don’t go on a culinary tour of Hitler’s favorite Viennese restaurants, I’m sure I can enjoy the dining scene.

Who Do You Think You Are?

I’m returning to Vienna as a travel and food journalist. The Austrian Tourist Office is helping to send me on this trip, for which I am very grateful.

I’m also returning as a family historian. There’s a lot of distance, and not only temporal, between me and the boy-crazy girl who turned up at her relatives’ house all those years ago, uninterested in their stories. I’m interested now.

I plan to call it–the sights, the people, the antisemitism, whatever I encounter–as I see it and feel it. That’s my promise to everyone who has followed me on this virtual journey, and to my younger self, who squandered her chances to get to know her family better while they were still alive. The past may be prologue, but it’s up to me to write the rest of the story.

Incidentally, Andrea’s boyfriend broke up with her as soon as we got back to New York, in spite of–probably because of–all those phone calls. I wasn’t the only one who should have been doing more carpe-dieming on that college trip.