Did you know that, for a significant period of time (1795-1919), the country we now know as Poland ceased to exist, that it was divided up between Prussia, Russia, and Austria-Hungary?

And did you know that, before 1795,  approximately half the world’s population of Jews lived in the region that was thus divided up, some 750,000 out of 1.5 million?

I didn’t until Sunday, when I went to a meeting of the Southern Arizona Jewish Genealogy Society and heard an excellent talk by Hal Hegwer, who discussed the implications of these and many more facts to Jewish genealogy. Hegwer has been researching his family history for some 30 years and managed to distill a few thousand years of Jewish history into a riveting 45 minutes.

Of course, until last year, I didn’t know that my mother’s vast Kornmehl family came from a city in Poland called Tarnow. I didn’t know the family’s name was Kornmehl, for that matter, or that the family was really, really big. My mother was an only child, and I thought her family had always lived in Vienna– if I thought about those things at all. 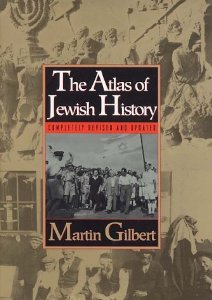 I’ve been thinking about them a lot lately and trying to make sense of them. Hegwer’s talk was extremely helpful in providing a larger historical perspective, and he recommended two books that will further contextualize the stories that I’m continuing to gather, The Atlas of Jewish History and Atlas of the Holocaust, both by Martin Gilbert.

Once I figure out the applications of this newfound knowledge, beyond the Galitzianer/Litvak gefilte fish divide,  I’ll report back.

I was recently contacted by Manfred Wolf, a San Francisco writer whose mother was named Bertha Kornmehl. He had seen a post about his family on my blog, and wanted to fill in more of the story of his uncle Pinchas (Paul) Kornmehl.

The original piece, by Jill Leibman Kornmehl, which summarized the accomplishments of the far-flung Kornmehl family, said of Paul:

The patriarch of the Australian Kornmehls, Pinchas (Paul) made a dramatic escape during WWII from the advancing Nazis.  Raised in a fishing village in Holland, Paul escaped with his parents, siblings and their families, traveling via Belgium to France.  As conditions worsened, they obtained false documents and managed to cross the Pyrenees by foot to enter Spain.  Bribes passed hands and they managed to scatter to far-flung places like Curaçao and Surinam to wait out the war years.  Paul, who ended up in Australia, where he started a successful hosiery business, died in 2010.

Manfred, who was born in 1935, personally experienced these events as a young boy. He wrote:

After our escape from Europe in late 1942, my uncle Paul, my mother’s youngest brother, ended up in Jamaica a few months after we arrived in Suriname, where we lived for a year. Paul, then 22 or 23, was in Jamaica with his wife Melitta and his parents David and Regina Kornmehl. At the very end of 1943, my parents, my brother and I came to Curaçao. In late ’43 or very early ’44, Paul volunteered in Jamaica for the “Prinses Irene Brigade” [Dutch spelling], which flew him to Canada for training and then to England. The Brigade landed in Normandy as part of the Canadian invading forces, not with the very first landing but soon thereafter.

Paul fought the Germans in France, Belgium and The Netherlands, and was one of the liberators of his home town Den Haag (The Hague).

After liberation, Paul and Melitta settled back in The Hague; but during the early Fifties he, like a significant number of other Dutch people, emigrated to Australia, where he died in Sydney in 2010.

Manfred also sent a late-life picture of his uncle Paul:

In attempting to reconcile the spellings of Surinam vs Suriname in the two pieces — I’d never seen the country spelled with an “e” before but figured that a person who lived there probably knew something about the place — I realized I didn’t know where it was. According to Wikipedia,

Suriname (or Surinam), officially known as the Republic of Suriname (Dutch: Republiek Suriname, Dutch pronunciation: [ˌrepyˈblik ˌsyriˈnaːmə]), is a country in northern South America. It is bordered by French Guiana to the east, Guyana to the west, Brazil to the south and the Atlantic Ocean to the north, making it one of two countries, French Guiana the other, not to border any of the Spanish-speaking countries on the continent. Suriname was colonised by the English and the Dutch in the 17th century.

That’s the coat of arms of Suriname that you see next to the title of this post. I love a coat of arms with palm trees, don’t you?

I also love the fact that the geography lessons I’m getting from my extended family don’t only relate to the past.

You will soon be hearing more fascinating stories from Manfred, who wrote a memoir of his childhood experiences, as well as more stories about the far-flung Schmerling family, some of whom had quite a different Dutch experience.